As now-brunette Ryan Lochte anchors his legacy to That Bathroom Incident, it’s a good time look at that lovable rube, the Obscure Olympics Scandal.  From (Bad)minton to really – REALLY – poor cultural judgement, this global stage never misses an opportunity to entertain.

While the aforementioned PR nightmare for the US Swim Team might be hogging the headlines, there has been another tempest in a teapot this summer . . .

Table tennis balls, to be specific.

In 2014, the International Table Tennis Federation made the decision to change from celluloid balls to what were termed Poly-Balls.  The rationale for this change has been debated by table-tennis aficionados (both of them) , and has included such explanations as slowing the game down; “leveling the playing field”, which was considered code for “bringing the Chinese down a peg”; and for safety reasons.

That last one took me a bit by surprise: I had never really considered a ping-pong ball much of a hazard at all, and couldn’t imagine what the danger was.

Then I saw this:

So, “old” table tennis balls are – still – made of celluloid, a highly volatile material that is difficult to ship via air due to its flammability. I suppose that I was most interested to see that anything was still made from this material.

Celluloid is among the earliest of plastics, and ushered in an era of – well – plastic products.  What has always struck me about the early uses of plastic is the fact that they so clearly predicted their use today.  For example: 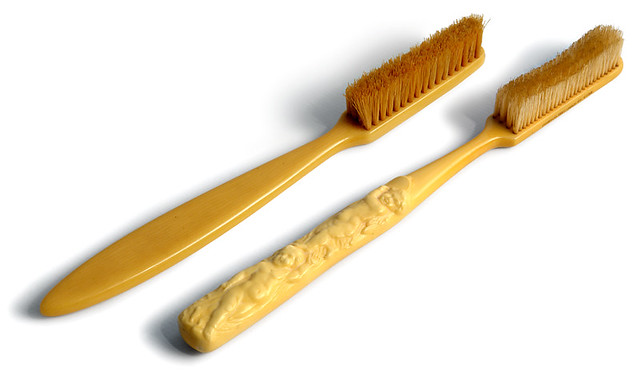 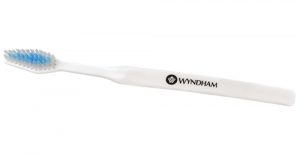 This is exactly what plastic is good at today – making large quantities of low-cost products.

Celluloid was also considered a protector of wildlife, as it “replaced” ivory, which – remarkably – gets us back to balls.  And table-based sports.  Around the same time that people were using the ornate toothbrushes featured above, those same people – the 1% of the 19th Century – were also playing Billiards.  No mansion worth that title was without a billiard table.

Billiard balls, at that time, were made of ivory, and the decimation of elephant herds for the genteel sport was not insignificant.  In 1867, The New York Times warned of an impending extinction of the animals based upon the growing popularity of the sport – and hoped that a useful substitute would be found.  A New York billiard company, Phelan and Collender, supposedly offered a US$10,000 (almost $200,000 in today’s currency) reward to whomever could create a non-ivory ball. 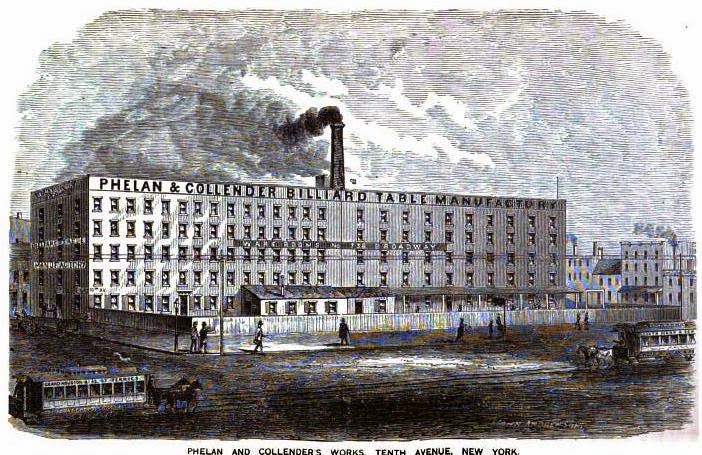 The result – as legend tells it, was the “celluloid” billiard ball developed byJohn Wesley Hyatt.  This new material was a further refinement of Parksine, which was nitrocellulose – and considered the first synthesized polymer.  Its creator, Alexander Parkes, envisioned it as synthetic ivory, and thought it would take the world by storm.  It never did, though Hyatt’s improvements would bring the material into use beyond billiards, including piano keys and false teeth.

The new balls did spare the elephants, but were said to emit a crack like gunfire when they collided (apparently the stories of “exploding” balls are just that – stories).  Moreover, they apparently didn’t have a “true” bounce or the durability of the earlier balls, which was a far more serious flaw.

Which brings us back to table tennis.

The ball materials used in the sport have ranged from cork to rubber, and the size of the ball has recently grown from 38mm in diameter to 40.  This last change was to make it more visible to the television audience.  Regardless of why, there have been changes and the athletes have to adapt.

What is most interesting, however, is the notion that – in this day and age – we are not able to rise to the challenge of a material replacement scheme.  The new material is actually rumored to be cellulose diacetate, basically a more stable form of the original material.  So, why is it difficult to replicate the “feel” of the original balls?

In today’s competitive world, athletes spend hours – according to one theory, some 10,000 of them – repeating the same strokes, the same movements.  If their equipment is inconsistent, then all of that muscle memory and cerebral calibration are completely useless – if not counterproductive.

Plastic resins are among the most malleable materials we have available to us, and among the most researched.  All that really comes to mind to explain the inability to find a suitable resin is the fact that this market – possibly less than 15,000 people – does not represent a viable return on the necessary R&D investment?  Maybe if they can get the fraternity basement market interested . . .

For now, the players will have to keep leaving the signs of their displeasure for all to see. 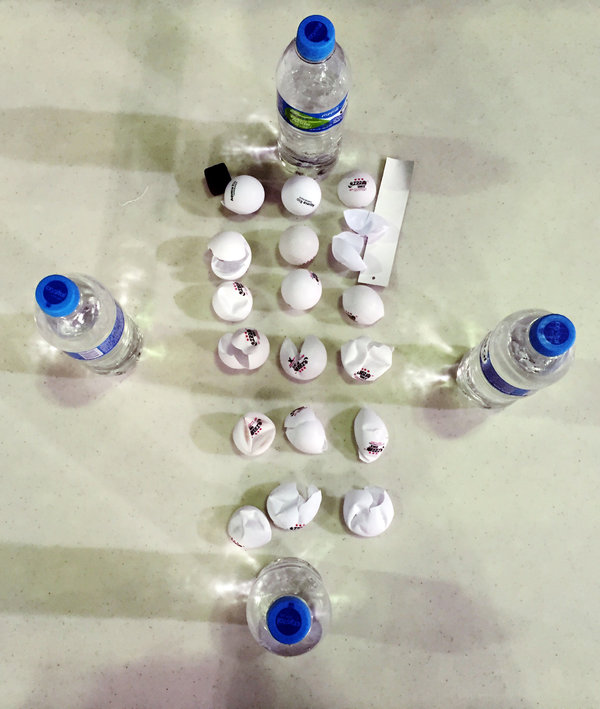